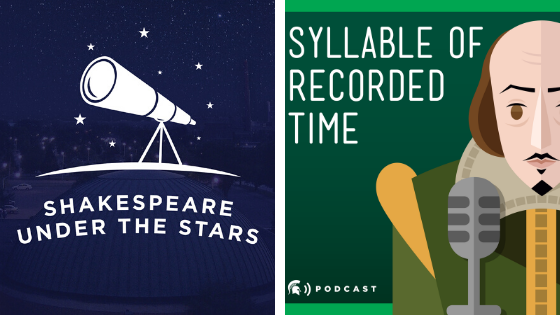 MSU Department of Theatre Assistant Professor Deric McNish and his students have been hard at work on a new project with Shakespeare as their muse and The Winter’s Tale at its center.

Their goal was to create an accessible and informative audio resource for students, actors, and other Shakespeare lovers involving elements of live performance, audio performance, digital dissemination of the performance, and podcasts with experts.

“I see this as a slam dunk for our season of ‘Invention and Reinvention’ in terms of exciting academic and professional collaborations, outreach, teaching students how to handle classical text, and for using technology to create new live experiences and accessible educational resources.”

The project began with student dramaturg and playwright, Taylor McPhail, coordinating the creation of two different versions of the script for The Winter’s Tale. The first performance of the abridged version was performed for students at Howell High School on October 18.

A two-hour cut also was performed on October 20 in a very unique setting: the Abrams Planetarium hemispherical projection dome. The Shakespeare Under the Stars event began with a talk by Emily Yates, a Ph.D. in English student, about astronomy and astrology in Shakespeare’s plays, during which the planetarium’s experts made use of their powerful Digistar 6 projector to provide demonstrations.

“The star show was designed to connect with the text. For example, when the character named Time gives a monologue during which 18 years pass, the audience saw the stars and planets begin to race by as the seasons change,” McNish said. “The idea was to present an aural experience of Shakespeare where the focus was on what we hear.”

In another component of the project, a podcast, entitled Syllable of Recorded Time, was created by McNish and his team of students where they work to demystify Shakespeare and his plays in context for today’s audiences. The first episode explores the theme of reinventing the role of gender in Shakespeare’s plays with guest expert MSU Professor of English Jyotsna Singh. The performances of The Winter’s Tale star an all-female cast, but genders as written are retained. This is a flip on a precedent set back when the playwright was alive and writing for the London stage as all roles in Shakespeare’s plays were originally played by men.

The podcasts and performance recordings will be packaged and published online for all to enjoy. To hear future episodes of the podcast and to listen to the live performances, follow Syllable of Recorded Time on SoundCloud, Spotify, Google Play, and iTunes.