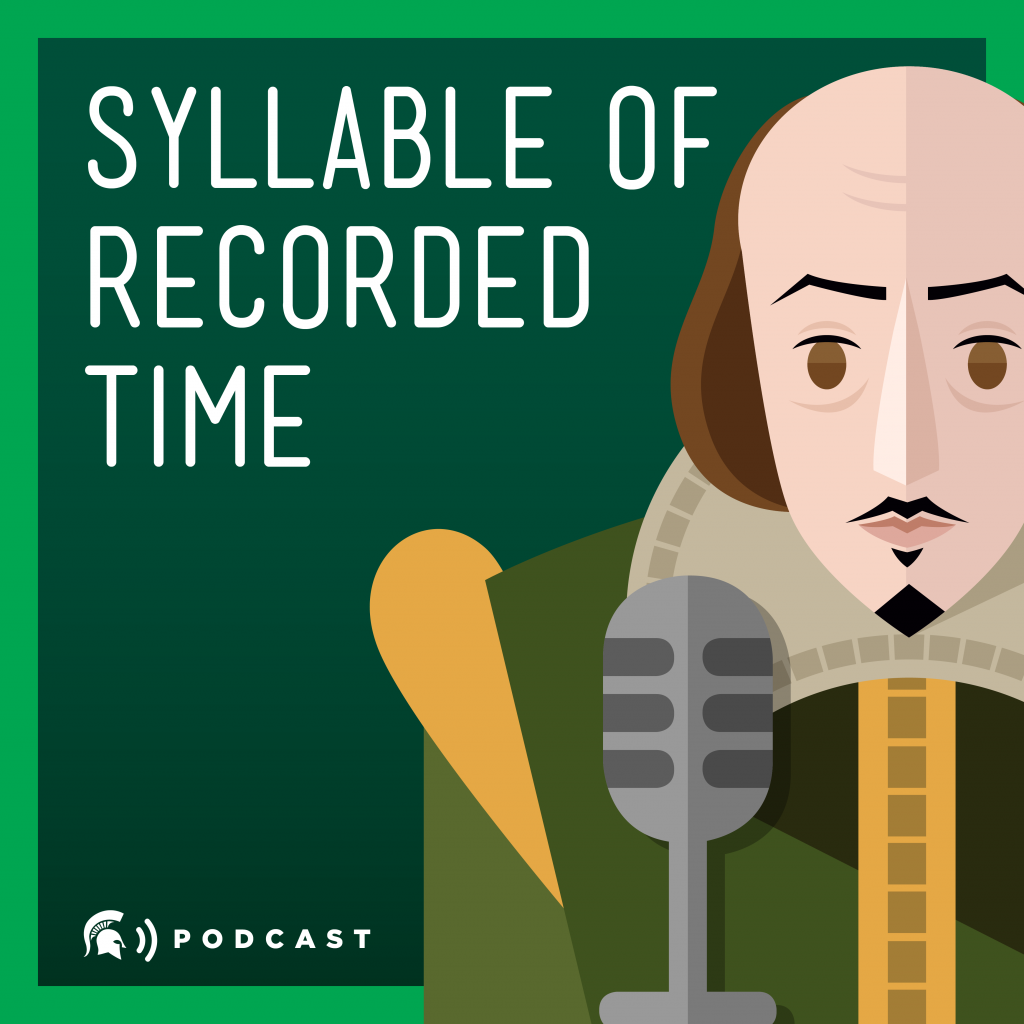 This is Syllable of Recorded Time, a podcast where we put Shakespeare in context for today’s audiences. Our guest experts demystify Shakespeare in a series of interviews conducted by students and faculty at Michigan State University.

Shakespeare plays have, on average, about four sizeable female characters, and about a dozen written for men. When Shakespeare was alive and writing for the London stage, all the roles were played by men. Beginning in the 18th century, some of the most famous actresses took on the challenge of playing Shakespeare’s leading men, reinventing them in exciting new ways. Today, some of the world’s leading classical theatre companies are producing all-female versions of Shakespeare’s plays. We’re here to explore the theme of reinvention, how to reinvent the role of gender in Shakespeare’s plays.

This season, we’re performing William Shakespeare’s 1623 play, The Winter’s Tale, at MSU’s Abrams Planetarium and at Michigan High Schools. This is an all-female production.