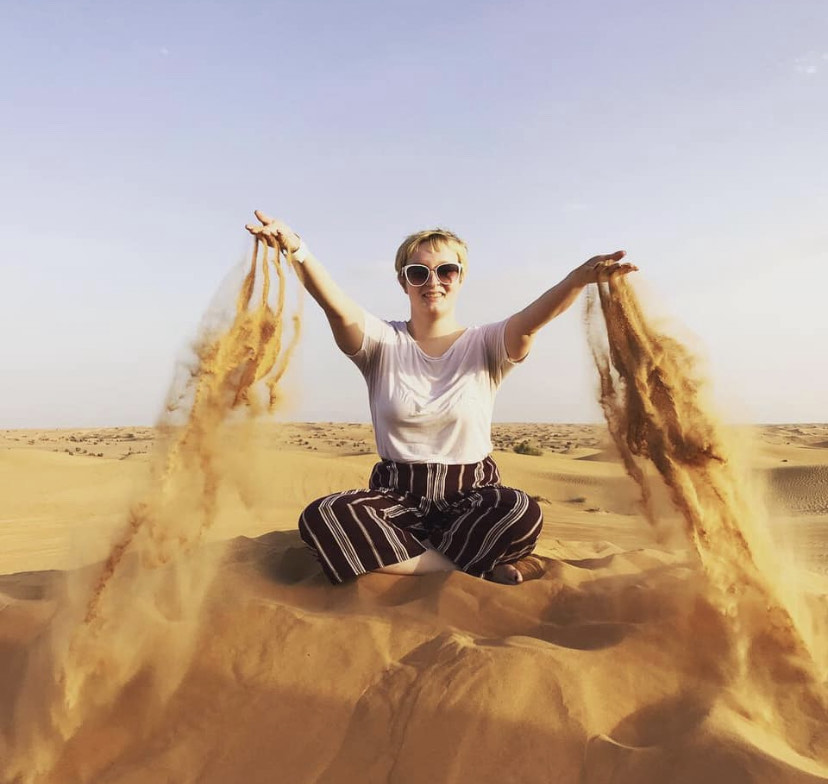 Courtney Way, who is graduating this spring with a double major in Theatre and Human Development and Family Studies, believes that theatre and the arts can help individuals “deal with the stressors of being disabled” and should be enjoyed by all.

“Theatre is important for people to understand the world,” Way said. “It is something that everybody deserves to see because that’s where you can receive life-changing messages in a way that you can understand.”

Drama therapy allows individuals to be in a creative space where they can work through problems and techniques through theatre.

Way, who herself is hard of hearing, learned about drama therapy at Michigan State University from a graduate student in the Theatre program and began doing her own research on the importance of drama therapy and where it originated.

“[Drama therapy] basically combines theatre with human development in a way where you work with people and different populations who are neurodiverse. It takes the arts and can help them through situations,” Way said. “Drama therapy allows individuals to be in a creative space where they can work through problems and techniques through theatre.”

Accessible theatre — theatre that can be accessed by those with various forms of disabilities — “allows people who are in wheelchairs to feel normal and acceptable,” Way said. “It allows anyone to go out and experience something different than just going to a movie and sitting in front of a screen.”

While in London, Way experienced theatres that provide smart caption glasses and scripts when those glasses are not available in an effort to help increase understanding of what is happening in the play.

“There were a lot more resources available in the London theatres,” Way said. “They have smart caption glasses that provide captions of what the people on stage are saying. It was super nice. That’s what got me into accessible theatre.”

Way also experienced theatre in Dubai at the America University of Sharjah where she traveled earlier last year with the Department of Theatre.

“I got to experience a lot of unique things,” Way said about the trip, “and I was able to connect with so many people who were willing to try to help me understand.”

Way credits both her study abroad trips with making her more aware of the opportunities that are available.

“Even for me, someone who’s from a small town, to just go across one ocean and find there’s a city [London] full of accepting people who will go above and beyond to help you. That really opened my eyes,” Way said. “If we just reach out to people, I wonder how many opportunities people would have.”

Way shared her experiences abroad with an audience of students and faculty in a presentation, titled “Theatre and my Dis-ABILITY,” at the Learning Abroad Conference this past November at the MSU International Center. During her presentation, Way discussed what drama therapy and accessible theatre are and how theatre can make an impact on those with disabilities.

Way has applied and has been accepted to several master’s degree programs, including New York University and Lesley University, the two universities in the United States that offer a master’s in Drama Therapy, as well as at Northwestern, DePaul University, and Western Michigan University. Later this month, she will have her final interview for the Royal Central School of Speech and Drama in London, after which she will decide where to continue her research on drama therapy