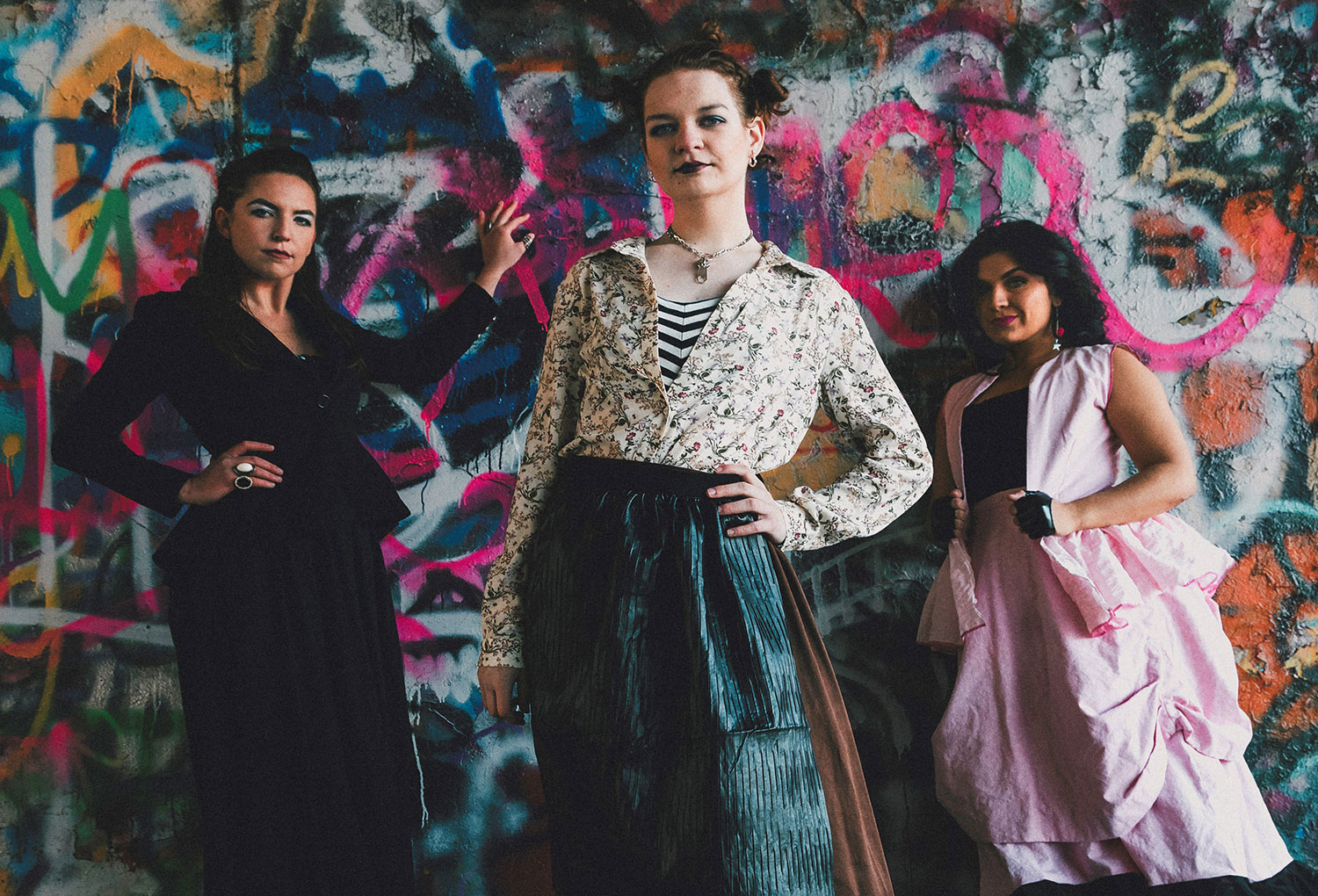 Michigan State University’s Department of Theatre is staging the latest production to be commissioned by the Big Ten Theatre Consortium, a series of plays by outstanding American female playwrights designed to promote the writing and production of new works about and by women. MSU’s production of Bonnets: How Ladies of Good Breeding Are Induced to Murderby Jen Silverman, runs March 13-22 in the Auditorium building’s Studio 60.

Every year since 2015, the Big Ten Theatre Consortium has commissioned a new play from some of the best female writers in American theatre, including Naomi Iizuka, Rebecca Gilman, Kirsten Greenidge, and Madeleine George. Intended to draw attention to the need to produce and support new works about women, each play features at least six substantial age-appropriate roles for college-age students.

When the first consortium-commissioned play premiered in 2015, American Theatre Magazine reported that only one in five plays being produced nationally were written by women and only three women made the list of the Top 20 Most-Produced Playwrights that season. Since then, that number has increased to 11, including Bonnets writer Jen Silverman who has tackled the initiative’s requirements in spectacular fashion.

The Bonnets script includes notes to ensure inclusive casting – an issue with which the theatre industry is grappling. On racial diversity, Silverman insists that “actors can be any race or ethnicity.” On gender, she writes: “This play welcomes female-identifying, genderqueer, and non-binary actors in all roles.” It is a cast of 13.

The show is described as “Punk Rock stories of unrequited love, misguided lust (isn’t it always), and blossoming romance ending in a total blood bath, narrated by God,” said Director and Associate Professor of Theatre Studies and Directing Ann Folino White. Silverman agreed with Folino White’s directorial concept: “Try shoving Joan Jett in a corset and see what she does to you.”

When asked how a punk artist and feminist icon from the late 1970s could resonate with college students in 2020, Folino White said: “At its core, the content of this play is really commonplace. It’s presented in a quirky, funny, celebratory, radical, post-modern way, but we’re not examining ‘an issue.’ We’re examining human interaction. Women are often put in painful and impossible situations. It’s about demonstrating how the constraints, expectations, and restraints of a patriarchal society result in powerlessness, and the radical act of taking it back.”

All the roles in the show, regardless of the character’s sex, are played by female-identifying actors, which Folino White says gives both the audience and performers a chance to experience gender as fluid, moving from body to body.

“Working at a research university like Michigan State really enables me, as a director, to engage students in these deep discussions,” Folino White said. “Throughout rehearsals, students will relate a situation in the play to something that just happened to them the day before. We unpack that together. The play gives students the opportunity for dialogue, to learn how hard it is to condemn an individual outright. We’re not only acting; we’re developing empathy.”

Bonnets: How Ladies of Good Breeding are Induced to Murder by Jen Silverman runs for 10 performances March 13-22 in the MSU Auditorium building’s Studio 60. Tickets are $15 for general admission, $13 for seniors and MSU faculty/staff, and $10 for MSU students. Tickets are available online at whartoncenter.com, at the Wharton Center box office, or by calling 1-800-WHARTON.