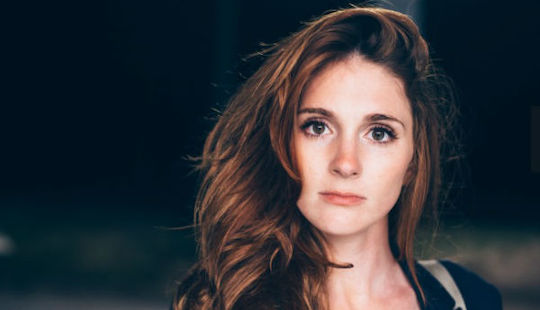 Since graduating in 2009 with a Bachelor of Fine Arts in Theatre, Stephanie Koenig has acted in several successful TV shows like NCIS and Jane the Virgin, Youtube shows such as The Gay and Wondrous Life of Caleb Gallo, and big-name movies including Batman v Superman: Dawn of Justice.

An actress, writer, and producer, Koenig currently is working on writing and creating a show for Comedy Central, called Stupid Idiots, which began shooting this month. She also is writing films for studios.

We recently caught up with Koenig to discuss her post-graduation success and how her MSU education has helped her reach her goals.

Tell us a little about yourself and your time at MSU:

I went to Michigan State University for theatre. I loved MSU. I was there the first year they offered a BFA Theatre program and graduated in 2009. I think it was interesting to be the first year for BFAs; the department was still figuring out how they wanted to set everything up. We were the trial years and I loved it. Some of the things our students and teachers implemented, like senior showcase and the Haunted Aud, are still going on and are quite prosperous for the students.

Who were your mentors at MSU?

Rob Roznowski [Professor of Theatre] and Kirk Domer [Professor and Chairperson of the Department of Theatre] – I reach out to them every so often, any time I want to brag about a gig or get advice on something. They are always there to listen.

What were some significant moments for you at MSU?

Has the MSU network helped you?

It’s helped me socially. It was nice to know everyone from MSU when I moved to New York.

What was your “big break”?

Most recently I got my big break. I wrote, directed, and edited a show for YouTube and simultaneously starred in another show on YouTube that was created by my friend. His show, The Gay and Wondrous Life Of Caleb Gallo, was nominated for a Gotham Award and selected to play at Tribeca Film Festival.

Shortly after, I released my show Stupid Idiots, a comedy with me and my best friend. After a competitive bidding situation between studios and producers, the show was bought by Paramount Pictures and Anonymous Content. Shortly after, we paired with Comedy Central. I am currently creating, writing, starring, and executive producing the project.

I’m also simultaneously writing a couple films due to an interest from several studios and producers wanting me to write, direct, and star in my own project. I’m working extremely hard and know this will all pay off by the end of this year.