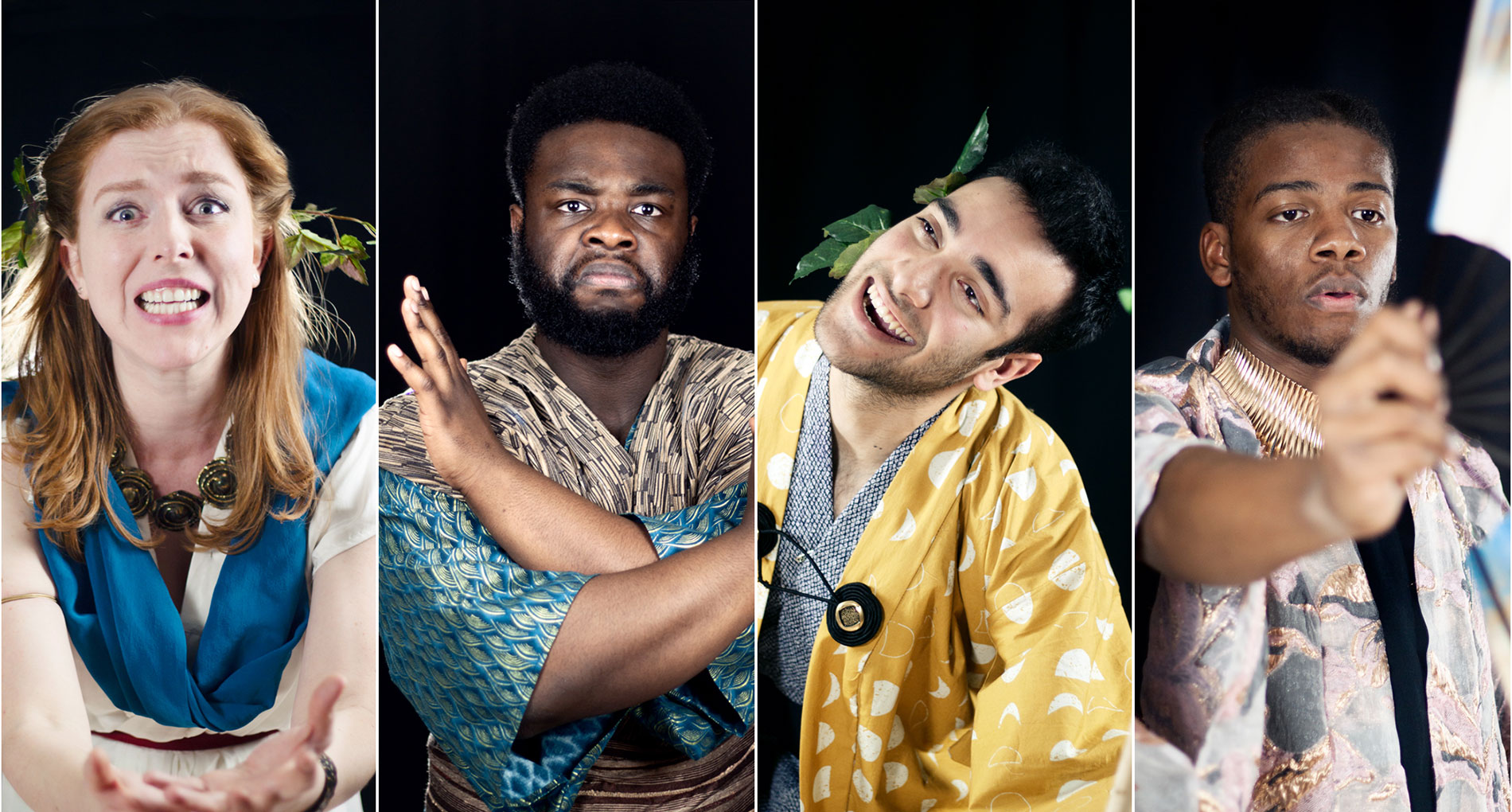 The MSU Department of Theatre will present The Bacchae by Euripides in Paul Woodruff’s translation. Directed by David Furumoto, this production, which runs April 12-21 at the Pasant Theatre, explores ancient Greek tragedy fused with classical Asian theatre aesthetics.

The Bacchae tells a story of Dionysus, the god of wine. Supported by a Chorus of his followers (the Bacchae), Dionysus takes revenge on his mortal relatives in the city of Thebes. Because Agave denied his divinity and Pentheus banned worship of him, Dionysus destroys them. The Bacchae was first performed in 405 BC at the City Dionysia, a festival honoring Dionysus.

“The first spectators of this play were also Bacchae because they had gathered to worship Dionysus,” said production dramaturg Dan Smith. “For audiences today, I think the play encourages us to reflect on balancing order and chaos. Pentheus wants to maintain order, but his efforts backfire on him because he goes too far.”

The design and style of the production is inspired by Japanese Noh and Kabuki theatre, as well as traditional Chinese and Indian theatre forms. Furumoto brings a lifetime of expertise in Asian theatre practice, which he initially studied at the University of Hawaii.

It is my hope that with the blending of Asian theatre techniques and this classic Greek play, we can bring to our audience an exciting, thought-provoking production.

“I have asked everyone to take a great leap of faith in creating a new imagining of Bacchae,” Furumoto said. “It is my hope that with the blending of Asian theatre techniques and this classic Greek play, we can bring to our audience an exciting, thought-provoking production. This fusion of Asian and Western theatre forms requires everyone working on the production to reimagine what theatre is and can be.”

Student designers and actors have the opportunity to develop greater understanding of world cultures through this project, applying their research to a canonical Greek tragedy.

“Sound designing for The Bacchae has given me the chance to explore new music and sounds that I would have never come across before,” said Griffin Irish, second-year MFA sound designer. “The music of Noh and Kabuki theatre and other Japanese traditions has opened my eyes and let me stretch out past the barrier of my traditional western standards. I’m very grateful for this experience.”

BFA Acting student Jay Gooden plays the role of Dionysus, with Tino Gilmore as his enemy Pentheus. The Chorus of Bacchae is composed of eight members who chant, dance, and play drums.

Working on this show has been a fascinating physical exploration…For an ancient play, The Bacchae certainly has a lot of life to it.

“Working on this show has been a fascinating physical exploration,” said Abbie Cathcart, first-year MFA Acting student. “My character, Agave, goes from one emotional extreme to another all while using Japanese Kabuki and Noh theatre vocal and physical styles. For an ancient play, The Bacchae certainly has a lot of life to it.”

Running time is approximately 1 hour and 45 minutes, with no intermission.

Tickets are available from the Wharton Center Box Office or by calling 1.800.WHARTON