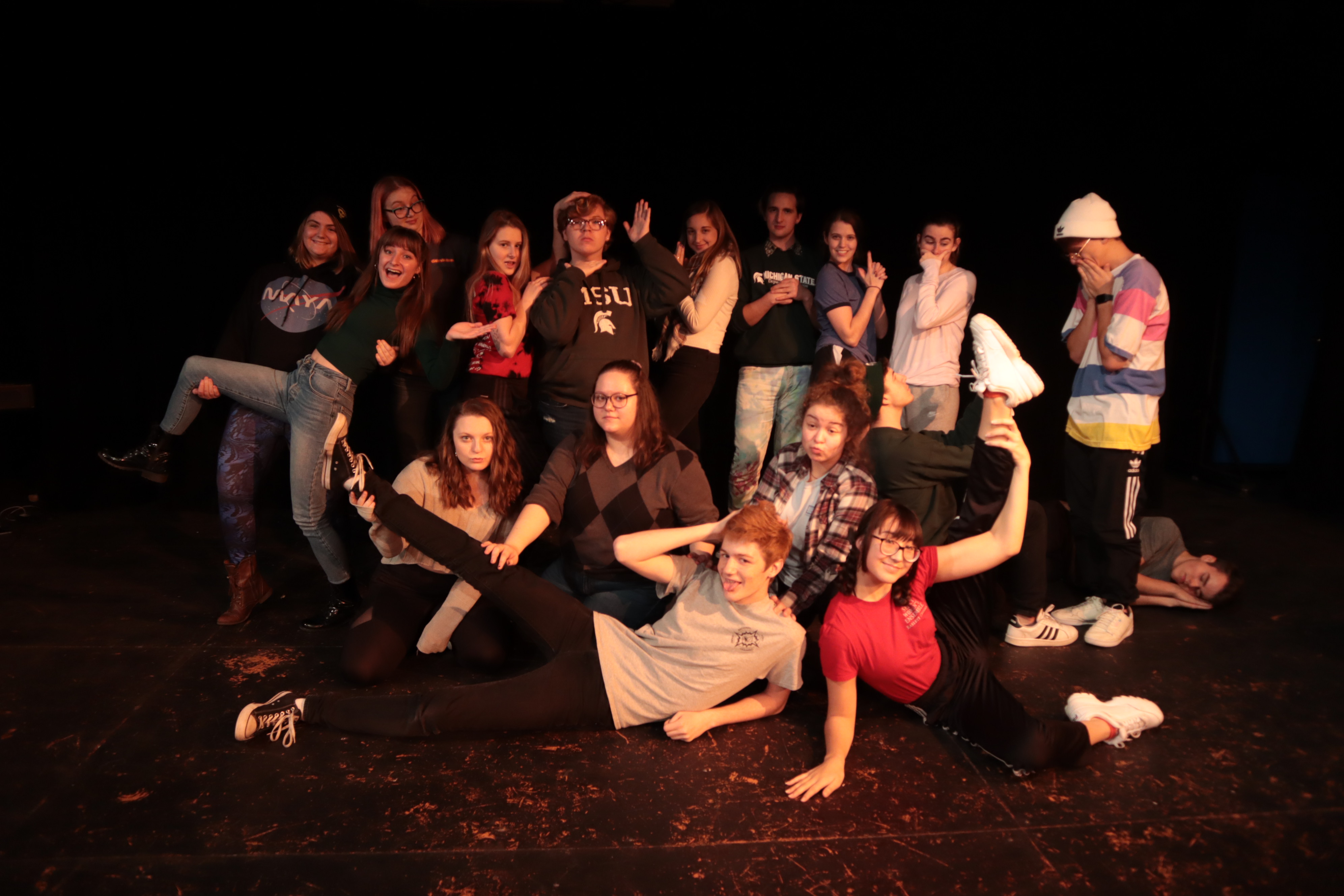 The freshman class of Michigan State University’s Department of Theatre will celebrate the end of their first semester at college with five performances of hilarious “improvisational” comedy. Freshman Showcase: The Power of Spontaneous Invention runs December 5 – 8 in the MSU Auditorium building’s Studio 60 Theatre.

While this is the 13th year for the Freshman Showcase, it is only the second year the focus has been to train the Department of Theatre freshman class in the art of short form, improvisional comedy. The students will take suggestions from the audience to create scenes, songs, and games in the style of the hit show “Whose Line Is It Anyway?” Unlike the show, they won’t be competing against each other for points, instead they will be working together as an ensemble to make their audiences laugh their faces off.

To ensure each student enjoys ample stage time, the class of 20 performers are divided into small groups. No group performs together more than once, and every show will be completely different from the rest. Every performance is the opening and closing of that show.

Director and MSU Faculty, Sarah Hendrickson has worked as a professional improviser, actress, instructor and producer in Chicago, including as a member of The Second City Music House Ensemble.

“One of the goals of producing this show is to help acclimate our freshmen to their new lives and the things that are expected of them as newly minted adults. They have spent their first semester here at MSU and the Department of Theatre learning how to improvise, both onstage and off. Our freshmen are brave. They are bold. They are powerful. They are taking risks. They are embracing failure. They are challenging themselves and growing as artists and people. They are forging lasting, meaningful connections to a supportive network that encourages them to follow their dreams.”

Freshman Showcase: The Power of Spontaneous Invention runs for five performances December 5 – 8 in the Studio 60 Theatre at the MSU Auditorium building. Tickets are $13 for general admission, $11 for seniors and MSU faculty/staff, $10 for MSU students and are available online at whartoncenter.com, at the Wharton Center box office or by calling 1-800-WHARTON.