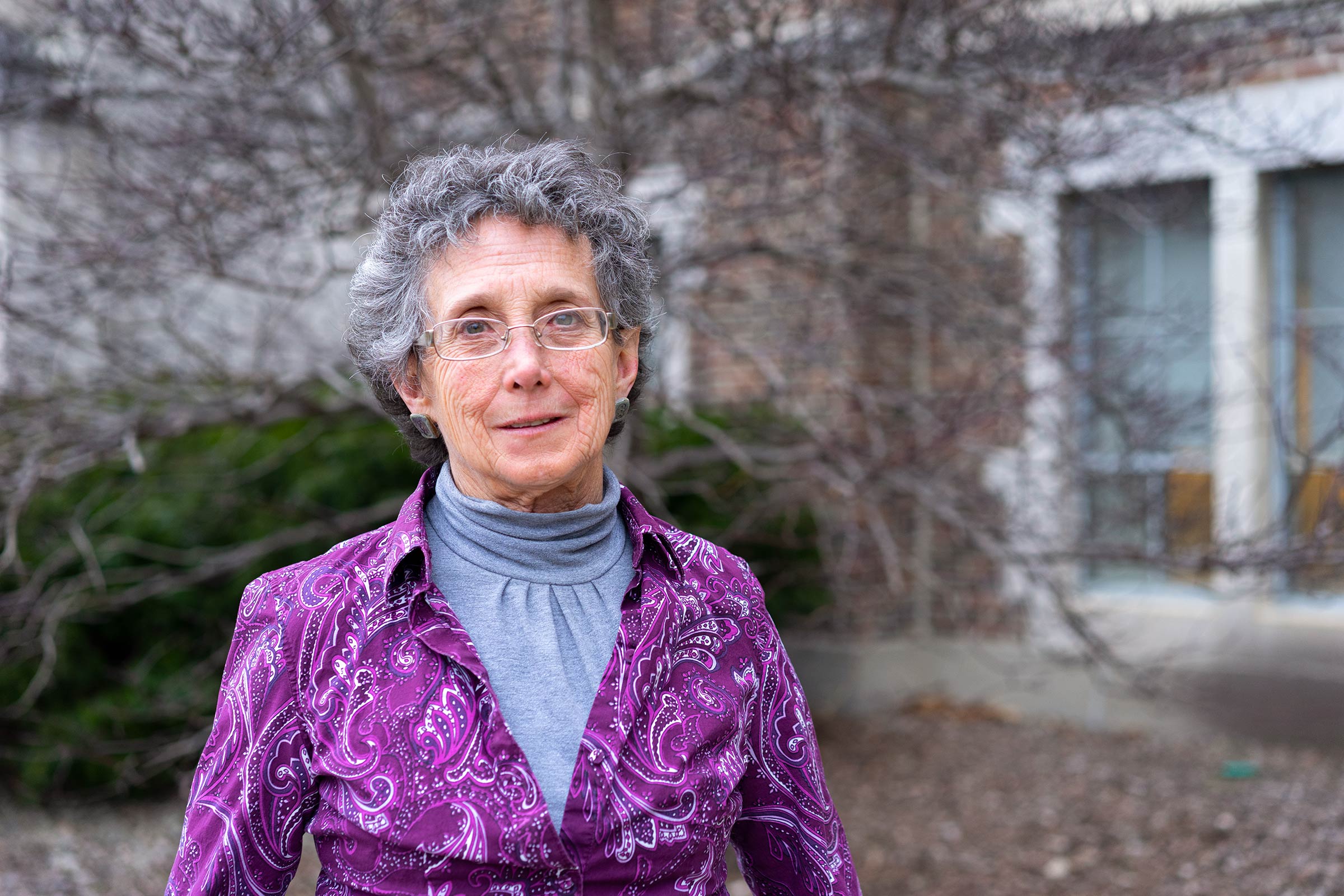 As the Michigan State University Department of Theatre plans to commemorate the 60th Anniversary of Summer Circle Theatre (SCT), they will not only honor the dynamic and visionary artists that have brought its stage to life, but also celebrate the amazing relationships they have had with their community over the years. Summer Circle Theatre has grown up alongside its audience!

The first community member to be highlighted is perhaps Summer Circle Theatre’s most avid patron. Maribeth Fletcher (BASc Biology, 1973) has been a fan from the theatre’s earliest years. Her first memories of SCT take us back to a different name and a different–but familiar–venue: the Summer Circle Free Festival Theatre in the Kresge Sculpture Court. The Theatre was only 10 years old and had just relocated from its first location in Dem Hall. She and her husband rode their bikes across campus to Kresge, to sit “among bushes and trees” on the steps of the Sculpture Court, excited to see their first show. She has attended “religiously” ever since, having only missed a couple shows in the following 50 years.

What about Summer Circle enchants her so? She loves seeing how the actors were challenged to take on so many different roles. The audience was challenged too, with “unexpected endings” and shows that fearlessly explored current events: “It enriches your horizons!” And, of course, it is always magical watching theatre outdoors, with “an unencumbered view of the sky, the moon, and the sound of nighthawks flying overhead.”

“There is always a special intimacy and excitement to the staging, the fight scenes, and the dancing that made you feel like you were really there, really in it!”

Over the years, Maribeth has brought her children and her children’s children, and frequently meets up with friends. Summer Circle “really brings people together!” When asked if there was a particular show that stood out in memory, she immediately thought of the 2017 production of Bike America. She loved the collaboration with the Lansing Bike Party, which led a tour around campus before the show—reminding her of that special night in 1970 when she and her husband rode their bikes together to Summer Circle Theatre for the first time.