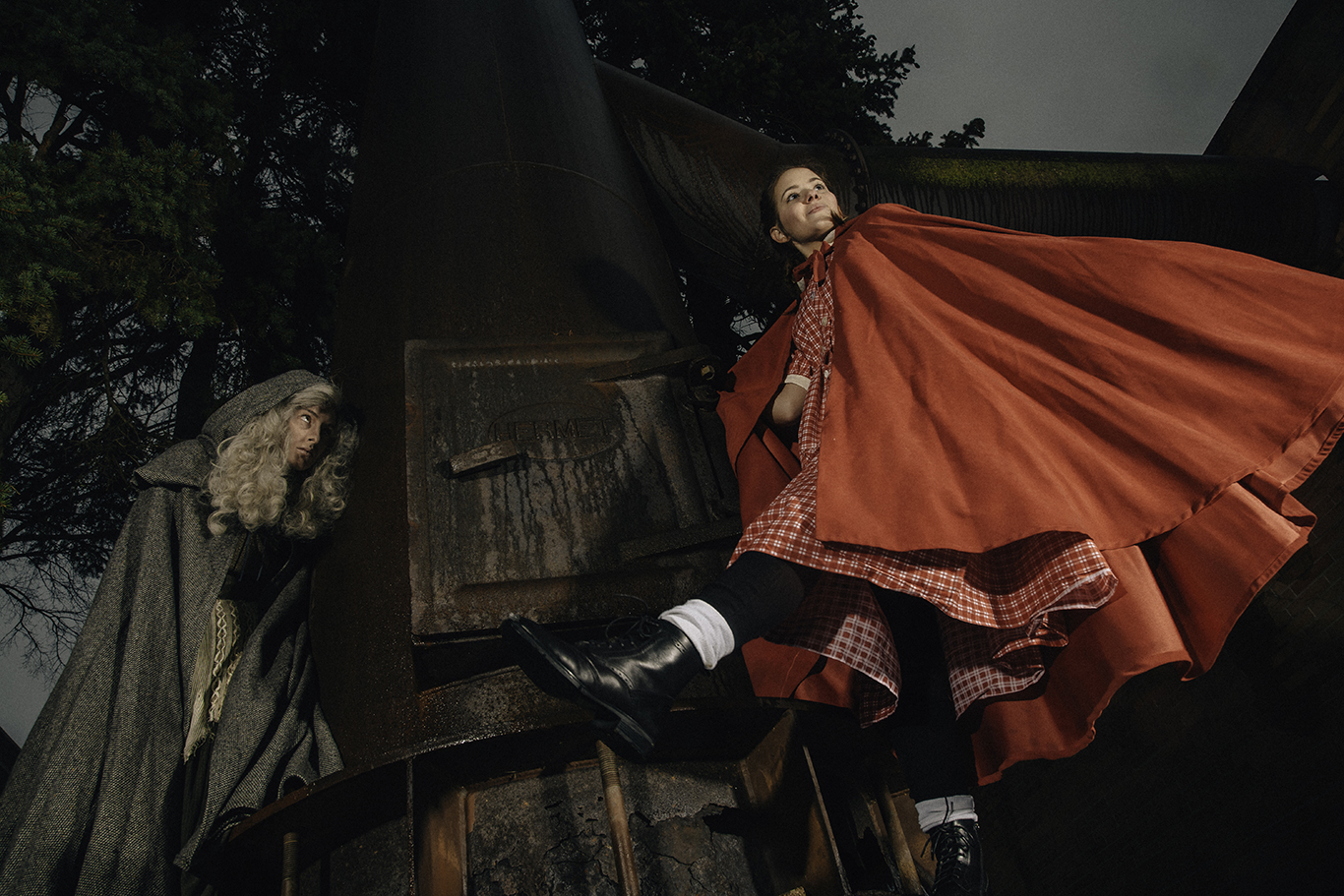 MSU is giving the Tony Award-winning fairytale-themed musical Into the Woods a creative re-imagining designed to resonate with mid-Michigan audiences. Inspiration for the set and costumes came from images of Detroit in the 1930s. The Michigan State University Department of Theatre production of Into the Woods by Stephen Sondheim and James Lapine runs for 10 performances February 14-23 in the MSU Auditorium building’s Fairchild Theatre.

Into the Woods debuted on Broadway in 1987 and won multiple Tony Awards, including Best Score and Best Book. Audiences may know the musical — which intertwines the plots of several classic fairytales like Little Red Riding Hood, Cinderella, Jack and the Beanstalk, and Rapunzel — from the Disney film adaptation starring Meryl Streep released in 2014.

The story follows a childless baker and his wife in their quest to begin a family, a witch who puts a curse on them, and their interactions with other storybook characters along the way.

Despite the familiar characters, this is not a show for young children. “It’s a parable for adults,” said Director and MSU Assistant Professor Deric McNish. “It starts as a familiar story that becomes unfamiliar, exploring the compromises people make in the name of achieving their goals and the sometimes tragic and frightening consequences of those decisions. It asks important questions, like what happens after your dreams come true?”

Exploring themes of resilience and community, the design team drew inspiration from the glamour of Hollywood in the 1930s as well as the growth of industry and sprawl of Detroit during the Great Depression.

“Our production lives in the space where industry meets uncultivated forest,” McNish said. “The woods are a place where we can escape our responsibilities, but when tragedy strikes, people can only survive it by coming together. That’s what makes Into the Woods the right show for this moment.”

The production also will feature digital animation, media projection, and puppetry created by graduate students pursuing their MFA in Design alongside an incredible cast of musical theatre acting, singing, and dancing talent.

The musical continues to resonate with modern audiences because “from darkness emerges a story of community, resilience, and how we work to build something better,” McNish said.

Choreography is being done by Alisa Hauser with musical direction by Dave Wendelberger.

Tickets for Into the Woods are $22 for general admission, $20 for seniors and MSU faculty/staff, $10 for youth ages 12 and under, and $17 for MSU students. Tickets are available online at whartoncenter.com, at the Wharton Center box office, or by calling 1-800-WHARTON.