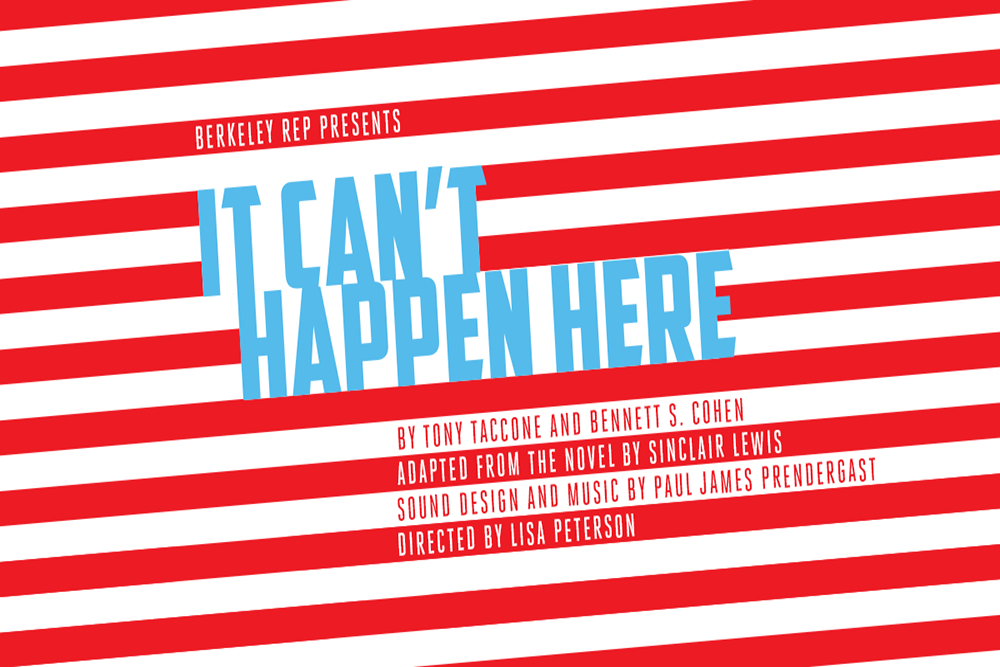 Michigan State’s Department of Theatre has signed on as an official Broadcast Partner for Berkeley Rep’s highly anticipated radio play revival of Sinclair Lewis’ It Can’t Happen Here adapted by Tony Taccone and Bennett S. Cohen. They join over 100 theatres, universities, libraries, community centers, and radio stations to leverage theatre arts as a means to get out the vote for November’s election.

Written in 1935 during the rise of fascism in Europe, Lewis’ darkly satirical It Can’t Happen Here follows the ascent of a demagogue who becomes president of the United States by promising to return the country to greatness. In 2016, Berkeley Rep unveiled a new stage adaptation of Lewis’ prescient novel just prior to the last presidential election. Now, Berkeley Rep reprises that production, but this time as a radio play in four episodes. Many of the original cast returns with the addition of Oscar nominee David Strathairn as the liberal protagonist Doremus Jessup.

The audio drama is being offered free across the country. Berkeley Rep intends for the project to encourage dialogue and motivate citizens to exercise their civic power and vote, says Berkeley Rep Artistic Director Johanna Pfaelzer. “The cast and crew have collaborated across miles and time zones, through wildfires and new technology, for their conviction that theatre matters, that narrative helps us to see the world more clearly, and that together we have the capacity to effect change. It Can’t Happen Here reminds us of the responsibility we have as citizens in this country to hold our elected officials accountable.”

Department of Theatre Chairperson, Stephen DiBenedetto, says the opportunity to promote this event aligns with the mission of the Department of Theatre. “Theatre is best when it incites or excites.” says DiBenedetto, “Theatre provokes action, challenges complacency, demands attention, and brings an audience to examine what makes someone rebel or challenge the established way things have always been done. We are excited for this creative opportunity to encourage all citizens to participate in the election process.”

A live Q&A session with the writers and directors will take place following the broadcast at approximately 10:15pm ET. It will also be recorded for on-demand viewing.

Visit Berkeley Rep’s website to view the show’s program and find all the broadcast details.

GET OUT THE VOTE

For non-partisan information on how to register to vote, request a ballot, candidate guides, and much more, visit MSUVote.

An Open Letter Regarding Diversity, Equity, and Inclusion