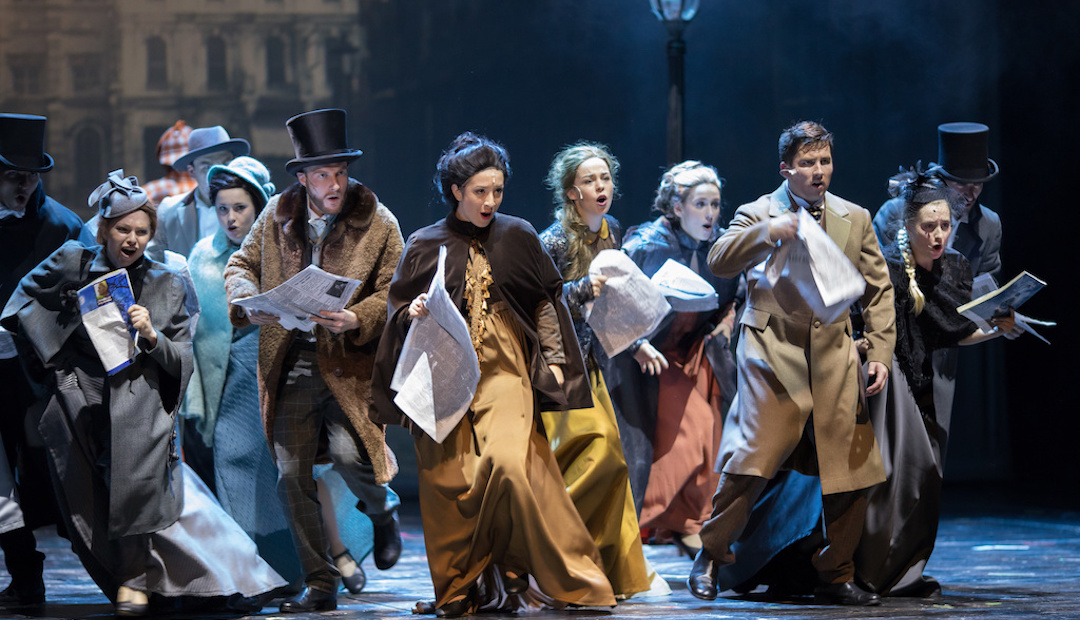 One goal of Michigan State University’s Department of Theatre is to “encourage and promote the exchange of ideas, research, and creative production in all aspects of theatre and related fields.” That is exactly what Brad Willcuts, Assistant Professor of Musical Theatre and Choreography, achieved this past summer while working on the new musical, Legende Holmes (Sherlock Holmes the Legend), at the prestigious Karlin Music Theatre in Prague, Czechia.

“My motivation for going to Prague was two-fold,” Willcuts said. “For one, to continue to work professionally in the field as a choreographer and musical theatre person, especially because it is a brand-new musical. My research is new musicals and going out and working with and on them. I also wanted to get MSU’s Department of Theatre some more international credits to show how we are expanding our reach, and Prague is one of the most beautiful cities I’ve ever seen in all my life.”

Legende Holmes, which premiered in October, is mostly fiction and follows the story of Detective Sherlock Holmes and author Sir Arthur Conan Doyle, who suffered under the success of his great literary character.

“It’s a dual story of how the characters in the books relate to the author’s real life in many ways,” Willcuts said. “It’s also about Doyle’s struggle to rid the character of Holmes from his persona. Victorian England was obsessed with Sherlock Holmes and Doyle wanted to be done with those stories.”

Willcuts spent three weeks working with the cast on the set of Legende Holmes, working for a fourth time with Broadway Director Gabriel Barre.

“I assisted the choreographer, Karen Sieber, and assisted the fight choreographer, and also was Gabe’s assistant as well,” Willcuts said. “My title in the show was going to be Assistant Fight Director because that is what I did on Amazing Grace, and that’s how Gabe knows me, but I choreograph too.”

“By the end of my rehearsal time, I was doing a lot. I was working on sword fights, crowd movement, stunts, training on silks, standing in for performers, and choreography.”

I am held at equal value as an artist and a scholar, so when I told them about the opportunity, they supported me, and realistically, this has happened ever since I got to MSU.

Working on the set wasn’t easy as Willcuts had to overcome the language barrier and work with a translator during rehearsal since not many in the production spoke English.

Willcuts hopes to bring this experience back to his students and wants them to experience different cultures and theatre in different ways so that they know more, experience more, and understand more.

This opportunity for Willcuts to further his research and work internationally was made possible with support from the College of Arts & Letters.

“With the generosity of Dean Long, Kirk Domer, and the College of Arts & Letters with their research fellowship, I was able to continue my research in Prague,” Willcuts said. “That’s what’s so amazing about working at MSU. I am held at equal value as an artist and a scholar, so when I told them about the opportunity, they supported me, and realistically, this has happened ever since I got to MSU.”