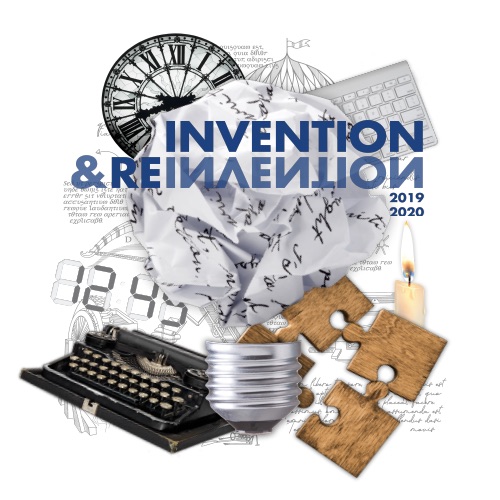 The Michigan State University Department of Theatre announces its 2019-2020 Season, which focuses on invention and reinvention, adaptations of classics alongside new works.

“One of the greatest opportunities in theatre is discovering how an old story is newly relevant. In selecting our latest season, we asked ‘What is it about this particular story that has a direct connection with the world we live in today?’ The MSU Department of Theatre thrives by reinventing how theatre can be elevated to be a champion for diverse voices,” said Kirk Domer, Department of Theatre Chair.

The season includes the department’s sixth ĭmáGen collaborative production with the MSU Federal Credit Union Institute for Arts & Creativity at Wharton Center. Dr. Fox and the Impossible Cure for Death is a new musical, written by NYU graduates Benedict Braxton-Smith and Megan Petersen. The production will be workshopped over a three-week period to serve as a vivid learning experience for college and high school actors to work alongside professionals. Directed by Timothy Koch, the current Resident Director of Disney’s FROZEN on Broadway, the show follows a precocious 13-year-old girl and her overly imaginative father as they search a storybook world for a cure to a brain tumor in this very curious musical twist on the water of life myth. Show times are Saturday, September 21, at 7:30 p.m. and Sunday, September 22, at 2 p.m. in the Pasant Theatre.

The fall brings a new adaptation by Quinn Mattfeld of Mary Shelley’s classic novel, Frankenstein. Directed by Assistant Professor of Media Acting Ryan Welch, this reinvention examines gender norms alongside the plight of humanity at the hands of a thoughtless creator. Performance dates are October 11-13 and 15-20 in the Pasant Theatre.

In November, Boarshead Theatre stalwart Gus Kaikkonen returns to East Lansing to direct William Shakespeare’s Twelfth Night. A madcap tale of mistaken identities and misplaced affection, Shakespeare’s sexy comedy is a timeless tale where no one is who or what they seem. Performance dates are November 8-10 and 12-17 in the Arena Theatre.

The 13th Annual Freshman Showcase, directed by Sarah Hendrickson, Academic Specialist in the Department of Theatre, takes over Studio 60 just before the students slide into winter break. An evening of improvisation, The Power of Spontaneous Invention introduces the newest members of the department as they take your suggestions to invent a new show every night! Performance dates are December 5-8 in Studio 60.

In February, the department invites audiences to escape the doldrums of winter and enter into the magical, Tony-Award winning world of Into the Woodsby Stephen Sondheim and James Lapine. Full of familiar fairytale characters, this deliciously dark musical sees that everyone’s wish is granted, but at a price. Into the Woods will be directed by Assistant Professor Deric McNish and choreographed by Academic Specialist Alisa Hauser with musical direction by Academic Specialist Dave Wendelberger. Performance dates are February 14-16 and 18-23 in the Fairchild Theatre.

March brings the premiere of Bonnets: How Ladies of Good Breeding are Induced to Murder by Jen Silverman, writer and story editor for the Netflix miniseries Tales of the City. Described as a “Rock ‘n Roll story trio about unrequited love, one about lust, and another about jealousy, that fall into each other across space and time, ending in a total blood bath, narrated by God.” This performance is a product of Michigan State’s participation in the Big Ten Theatre Consortium (BTTC). Composed of the 14 theatre departments and schools in the Big Ten Conference, BTTC has commissioned plays by outstanding American female playwrights since 2014. The purpose of the initiative is to promote the writing and production of new works by, about, and for women. Bonnets: How Ladies of Good Breeding are Induced to Murder will be directed by Associate Professor Ann Folino White. Performance dates are March 13-15 and 17-22 in Studio 60.

Closing out the mainstage season is another reinvention of a timeless story. Marian, or The True Tale of Robin Hood written by Adam Szymkowicz and directed by Assistant Professor Alexis Black is a gender-bending, patriarchy-smashing, hilarious new take on the classic tale that explores the cost of revealing your true self in a time of trouble. Performance dates are April 10-12 and 14-19 in the Pasant Theatre.

Michigan State University’s Department of Theatre gives students the Spartan experience at a Big Ten University in combination with the personalized experience of collaborating with faculty or working professionals who care about their growth. MSU offers an amazing amount of freedom to allow the student to choose their education and shape their future by shaping their education.

For a complete description of each show and a schedule of all events, visit theatre.msu.edu.

The Michigan State University Department of Theatre announces its 2019-2020 Season, which focuses on invention and reinvention, adaptations of classics alongside new works.

Furthering Research and Working on a New Musical in Prague