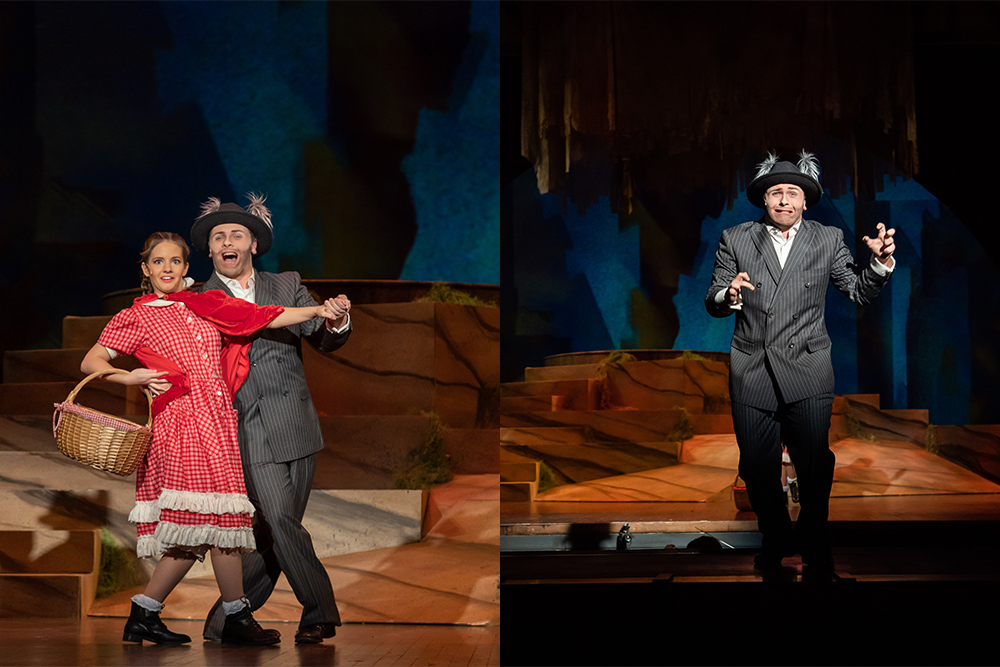 Michigan State University once again racked up some big wins in design and acting at this year’s Lansing City Pulse “Pulsars,” which recognize on- and off-stage excellence in mid-Michigan theatre. Out of 25 categories, MSU’s productions of “Into the Wood” and “Frankenstein” received a combined total of 14 nominations and took home four awards, three of which went to undergraduate students.

To say the annual Lansing City Pulse awards ceremony was a bit different this year would be an understatement. For the first time in 16 years, the event, which took place June 29, was held via Zoom. Instead of being handed a trophy, the winners will be mailed a certificate.

Taking the prize for Best Costume Design and Best Scenic Design, respectively, were Ketura Le’Audrey (BFA Design ’20) and Michael Gault (BFA Design ’20) for their work on the fall 2019 production of “Frankenstein.” Gault’s three-level set was lauded by critics as “hauntingly majestic.” Le’Audrey’s costumes were touted as “exceptional,” “elaborate,” and “true to the 1800s” in a way that added “class and prestige” to the production.

“Working on Frankenstein was the best senior experience I could have asked for. All the design elements came together so beautifully, I was awestruck during the final dress rehearsal. It is an honor to be recognized for the work I have done on “Frankenstein” and to be reminded of the powerful emotions live theatre inspires.”

Actor Kevin Mazur (BFA Acting ’20) received the distinction of Best Featured Actor in a Musical for his rapacious portrayal of The Wolf in “Into the Woods.” Theatre faculty member Dave Wendelberger rounded out the wins for MSU by nabbing the award for Best Musical Direction. Accepting the award on Wendelberger’s behalf, Director Deric McNish praised the work that went into navigating Sondheim’s “deceptively difficult score.”

“When you work on a juggernaut score like “Into the Woods”, you find that there is almost an endless amount of detail in each song, section, phrase and even measure. I spent most rehearsals navigating these details and exploring each nuance, as it pertained to the story, with the support of an amazing creative team, a talented cast, and excellent orchestra musicians.”

The complete list of Michigan State University nominees and winners is below.

Best Musical
“Into the Woods”

Alumna Is the Creator and Voice Behind ‘Reba to the Rescue!’